What Is The Truth About Nicotine?

Packaging and bottles display graphic warnings about nicotine, often when there is no nicotine inside. Combined with the worries linked to smoking, the general public (and a worrying number of doctors) hold concerns about the substance. Fortunately, experts are speaking out about nicotine, the real level of harm it poses and how it can actually benefit society.

Current packaging contain warning leaflets and sport warnings about nicotine as compelled by the European Tobacco Products Directive. Now that the United Kingdom can create its own legislation, many are calling for the government to make proportional statements to promote the actual benefits of switching to vaping.

Clive Bates, a leading harm reduction expert and advocate of alternative nicotine products, says the current warnings mislead the public about the risk of addiction, the health implications, and the relative safety of nicotine use when removed from cigarette smoke.

Research from Australia found that the warnings have little impact on those who currently vape. Another, from Kings College, decided the large warnings “might not be warranted” on vape products “given their likely lower health risks compared with cigarettes”.

The Royal College of Physicians (RCP) released a ground-breaking document in 2016 titled Nicotine without smoke: Tobacco harm reduction. In it, the RCP state: “Nicotine is a naturally occurring alkaloid present in the leaves of the tobacco plant, and is the major psychoactive compound and mediator of addiction to tobacco use.”

Manufacturers have started producing 100% synthetic nicotine since then which doesn’t come from the tobacco plant.

How does nicotine work?

Inhaled nicotine moves into the blood system very rapidly, especially when compared to taken orally in the form of gum and is the reason smoking is so addictive because the person gets almost immediate gratification. It is also why vaping has become so successful as a substitute.

“The relatively slow delivery of nicotine to the brain achieved by NRT is much less reinforcing.”

The RCP pointed out that, “although nicotine is a toxic compound, overdosing on nicotine products used as directed is almost impossible,” and concluded the “use of nicotine alone, in the doses used by smokers, represents little if any hazard to the user.”

The Tobacco Advisory Group for the Royal College of Physicians has been very clear on the matter. In 2013, Professor John Britton told BBC journalists that, “Nicotine itself is not a particularly hazardous drug. It's something on a par with the effects you get from caffeine.”

It is a message echoed by the Royal Society for Public Health when, in 2015, it stated: “RSPH is calling for public confusion over nicotine to be addressed as a way of encouraging smokers to use safer forms of the substance. Tobacco contains nicotine along with many other chemicals, but nicotine by itself is fairly harmless. Electronic cigarettes and Nicotine Replacement Therapy (gum, lozenges, and patches) contain nicotine but don’t contain the harmful substances found in cigarettes.”

The Society’s Chief Executive Shirley Cramer said: “Getting people onto nicotine rather than using tobacco would make a big difference to the public’s health – clearly there are issues in terms of having smokers addicted to nicotine, but this would move us on from having a serious and costly public health issue from smoking related disease to instead address the issue of addiction to a substance which in and of itself is not too dissimilar to caffeine addiction.”

But the public thinks nicotine is dangerous?

Yes it does, the Royal Society warns, “90% of the public still regard nicotine itself as harmful.”

It is a situation that is getting worse as misinformation spreads about vaping, building on the public fear of nicotine linked to decades of anti-smoking campaigns.

Doctors know the truth about nicotine though, don’t they?

At the beginning of 2021, The British Lung Foundation published a report warning that poor training practises have resulted in a woeful understanding of nicotine and vaping.

The Foundation said that training should be compulsory for all frontline staff in general practice, specialist stop smoking services should be fully funded, and GPs must be able to make referrals to the services.

Where can they get information from?

Public Health England conduct annual reviews about electronic cigarette use. In its 2018 report it said: “Nicotine use per se represents minimal risk of serious harm to physical health...its addictiveness depends on how it is administered.”

It also looked at the experience from Sweden where the use of nicotine snus pouches are very popular. It stated: “The long-term use of nicotine by ‘snus’ users has not been found to increase the risk of serious health problems in adults.”

You said nicotine can offer benefits?

Research has been conducted to see if nicotine can help schizophrenic patients. The peer-reviewed paper found that just a single dose of nicotine improved a number of cognitive functions including attention span and memory. They added that it could also help in the early stages of schizophrenia by improving auditory and visual perception.

Plus, a 2017 study looking at Alzheimer’s patients found that nicotine alleviates the problems of early-stage memory loss. The findings were so positive a major large scale study is now being conducted in the United States. 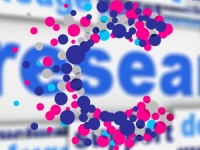 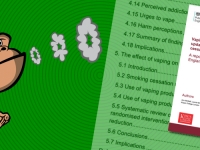 What Is the Truth About Vaping?